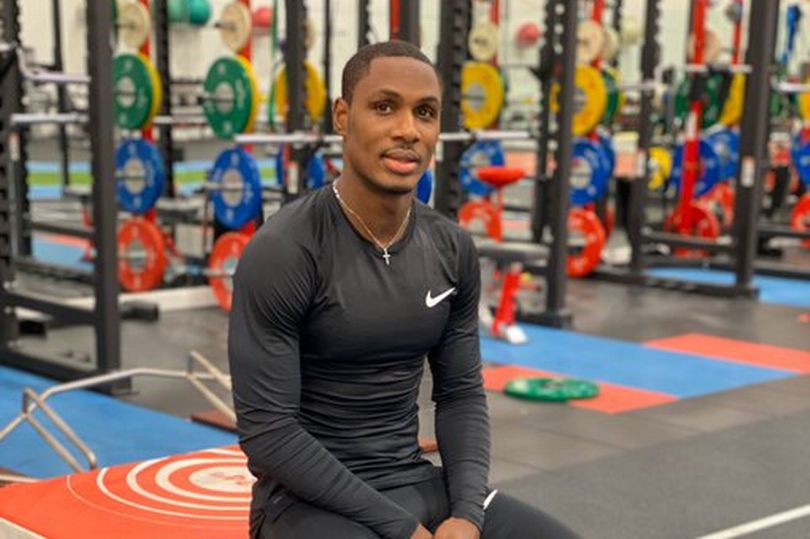 How Odion Ighalo is preparing for Manchester United debut

Man Utd signing Odion Ighalo is undergoing an intense fitness regime ahead of a potential debut for his new side.

Odion Ighalo is beginning a strength-based fitness regime as he continues to build his match fitness ahead of a potential Manchester United debut next week.

Ighalo has stayed in Manchester alone this week while the rest of the United squad are in Spain taking part in a warm-weather training camp over the inaugural Premier League winter break.

The 30-year-old, who joined from Shanghai Shenhua, missed the trip to Marbella as United were concerned Ighalo might not be allowed back into the United Kingdom due to the Coronavirus outbreak in China and the UK’s tighter border restrictions.

Instead, the boyhood United fan has been training with performance coach Wayne Richardson and a specialist football coach as he looks to make an instant impact at United.

“He was doing his pre-season, he had just started that out in China,” Richardson told MEN Sport.

“So it is a case of a lot of not wanting to load him up with too much, too soon. You have got to remember he is on the back of a whirlwind with Man United. He has come in and it has all been about mobility, flexibility, and trying really basic things in his first week.

“Now we’re looking to load him up and look at his intensity as well. So he was in pretty decent shape when he came across, he was doing stuff anyway before he came over.”

Ighalo initially planned to go with the rest of the United squad to Spain this week, but will instead move onto more strenuous workouts as he continues his work with Richardson Sport and Great Britain’s Olympic Taekwondo team.

Richardson added: “There will be a lot of strength work, legs, lowers, hamstrings, flexibility, and mobility before we start going into a strength-based session, and then in between that we have to be mindful that he is doing football with a one-to-one coach as well. So just getting back into it with his crossing, shooting, different things where the football coach is considered.

“But, when it comes to dealing with us you are talking about his mobility and conditioning. We had a leg session this (Monday) morning, and then a good few hours before he goes and does a conditioning session with a ball this evening as well.

Although Richardson’s roster has included working with both Ighalo and Man City favorite Mario Balotelli, his usual group sessions welcome any footballer looking to work on their conditioning with a range of different classes.

Richardson admits he was immediately impressed by the standards United’s new arrival brought to training, but reiterated it is club officials who he must impress.

He added: “We’re not the people who he has to impress. We just basically have that support mechanism for players. They (United) will gauge where he is at, obviously, he has got to go for all his testing, but we are just giving him that pre-season.

“We can always tell from the moment a player comes through the door about where their mindset is. This guy has walked through the door, he is ready to work, he is an athlete. When he goes out there he has got the weight of Manchester United on his shoulders in terms of the shirt. I don’t think that will faze him. He’s a good honest professional athlete who knows what he has to do to get to where he needs to be.”