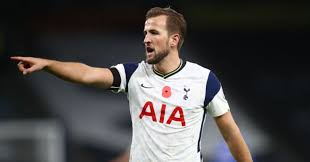 Harry Kane should he have been rested after the World Cup?

The 2018 /19 season has just started and already the media are talking about Harry Kane, should he have been given time off after the World Cup to rest and spend quality time with his family?

A player so important to Spurs…….So is the club doing enough to protect Kane, given the physical demands of the Premier League?

Kane has had a couple of weeks off after a World Cup and then gone straight back to training and Premier League games with high intensity. In my opinion as an outsider looking in, Kane lacks the conditioning required to cope with his current workload which could lead to injuries. If Kane does get injured who’s responsible?

Ultimately, the decision lies with the manager as he would like to play his strongest team possible every game but are managers backed into a corner? Managers feel pressure (I assume) to play their best players/team, but tired players are more vulnerable to injuries.

A study from the British Journal of Sports Medicine quoted: Soccer is a vigorous sporting activity with relatively high injury incidence (17-24 injuries per 1000 playing hours) compared to other sports. The costs of injuries to soccer players are enormous, the cost of treatment and loss of production through time off work has been estimated at about £1 billion in Britain each year.

To minimise the number of injuries and the associated costs, avoiding the early retirement of professional soccer players, and provide a healthy sports environment, preventive programmes require information on injury risk of injury associated with different aspects of the game.

My opinion, Kane should have been rested to ensure he is fit for play later in the season but that’s easy for me to say without the weight of the board on my shoulders.